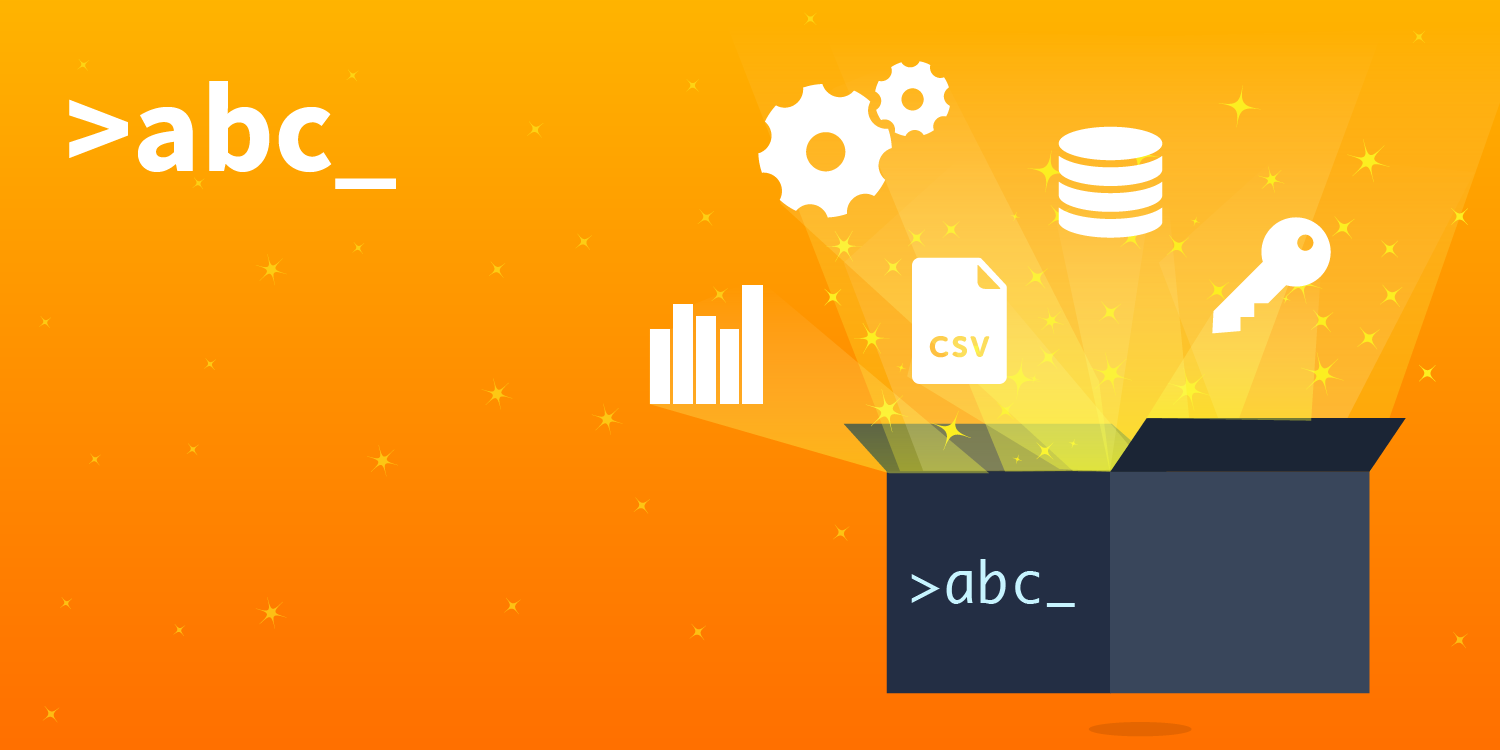 ABC is a command-line tool to interact with appbase.io. It can also serve as a swiss army knife to import data from any popular data source (Postgres, SQL, Mongo) to ElasticSearch. This feature works with minimum configuration and is totally automatic. In certain sources like Postgres and Mongo, you can even keep the database and ElasticSearch cluster in sync such that any change from source gets added in destination as well.

To get the list of all commands supported by ABC, use -

ABC comes with a lots of benefits over any other traditional solution to the same problem. Some of the key points are as follows -

ABC can be downloaded as an executable as well as through a Docker image.

Download abc's executable from releases for your platform and preferrably put it in a PATH directory. The access it as -

You should see a list of commands that abc supports. Try logging in for example.

To use the Docker image, pull it as

Then create the volume to store config files across containers.

Finally you should be able to use abc

This command may look too long to you. We can create an alias to make things better.

ABC's features can be broadly categorized into 2 components.

Appbase features allows you to control your appbase.io account using ABC. You can see them under the Appbase heading in the list of commands.

You can look over help for each of these commands using the --help switch. Alternatively we have detailed docs for them at docs/appbase folder.

ABC allows the user to configure a number of data adaptors as sources or sinks. These can be databases, files or other resources. Data is read from the sources, converted into a message format, and then send down to the sink where the message is converted into a writable format for its destination. The user can also create data transformations in JavaScript which can sit between the source and sink and manipulate or filter the message flow.

Adaptors may be able to track changes as they happen in source data. This "tail" capability allows a ABC to stay running and keep the sinks in sync. For more details on adaptors, see Import docs.

ABC can be built locally via the traditional go build or by building a Docker image.

You can install ABC by building it locally and then moving the executable to anywhere you like.

To build it, you will require Go 1.8 or above installed on your system.

Note - You might be wondering what is the tag oss doing there. That's covered in the section Build Variants.

Volume is used to store abc config files across containers. Now abc can be ran through Docker like in the following example which starts google login.

The ABC project you see in this repository is not the complete project. Appbase.io works on a proprietary version of ABC using this project as the base. Hence we use the tag 'oss' to specify that this is an open source build. If you are curious, we use the tag '!oss' to make our private builds.

How to know build variant from the executable?

If you are not sure which build of abc you are using, you can run abc version and take note of the value under the VERSION header.

For open source build, you will see

For the proprietary builds, you will see

Checkout the docs folder for details on some ABC commands and topics.

Want to help out with ABC? Great! There are instructions to get you started here.

ABC's oss variant is licensed under the Apache 2.0 License. See LICENSE for full license text. ABC's !oss (read non-oss) variant which includes the abc import command and bundled in the binary is free to use while in beta.